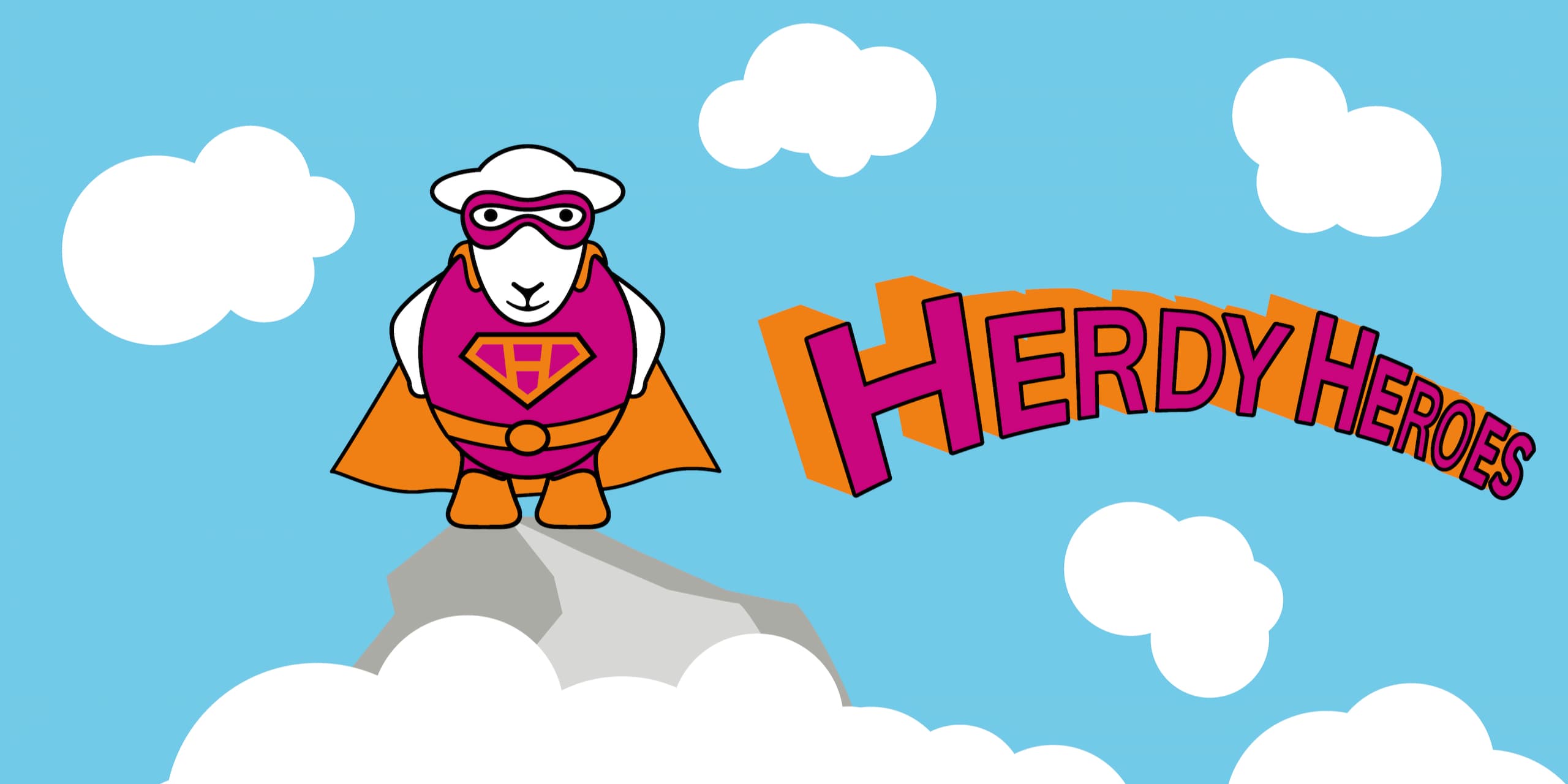 Release
Herdy, the lovable brand from the Lake District, have launched a weekly "Herdy Heroes" campaign, aiming to highlight and recognise heroes in local communities during the Coronavirus pandemic.

Every Monday, Herdy will ask followers on their social media to nominate a "Herdy Hero"; someone who has gone above and beyond in their local community. Herdy will select a "winner" every Friday and design a customised eCard to be sent to the chosen nominee.

The idea was formed after an email received from a Herdy customer; he asked if Herdy could reproduce their "Thank Ewe NHS" graphic onto a mug, to give to his wife who works as an anaesthetist at the Cumberland Infirmary.

Diane Hannah, Co-Founder said, “We had to explain, as well as our own shops being closed right now, unfortunately our mug manufacturers were too. We really wanted to do something to help, which led us to think about creating a customised e-card instead.”

Herdy's first post on social media requesting "Herdy Hero" nominations reached nearly 20,000 people. On Friday 10th April a nominee was selected: Nigel, who works at Windermere's Post Office. He was nominated by Sue Hazlehurst, who added: “Nigel at Windermere Post Office has gone above and beyond the call of duty, even saying that if anyone has an emergency when he’s closed, he will open up and sort it as he lives above the Post Office. A well deserving Herdy Hero.”

Herdy aims to continue the weekly "Herdy Hero" campaign for as long as the pandemic remains. Visit Herdy's Facebook, Twitter, or Instagram to view current and past "Herdy Hero" nominations.

Elsewhere in the press