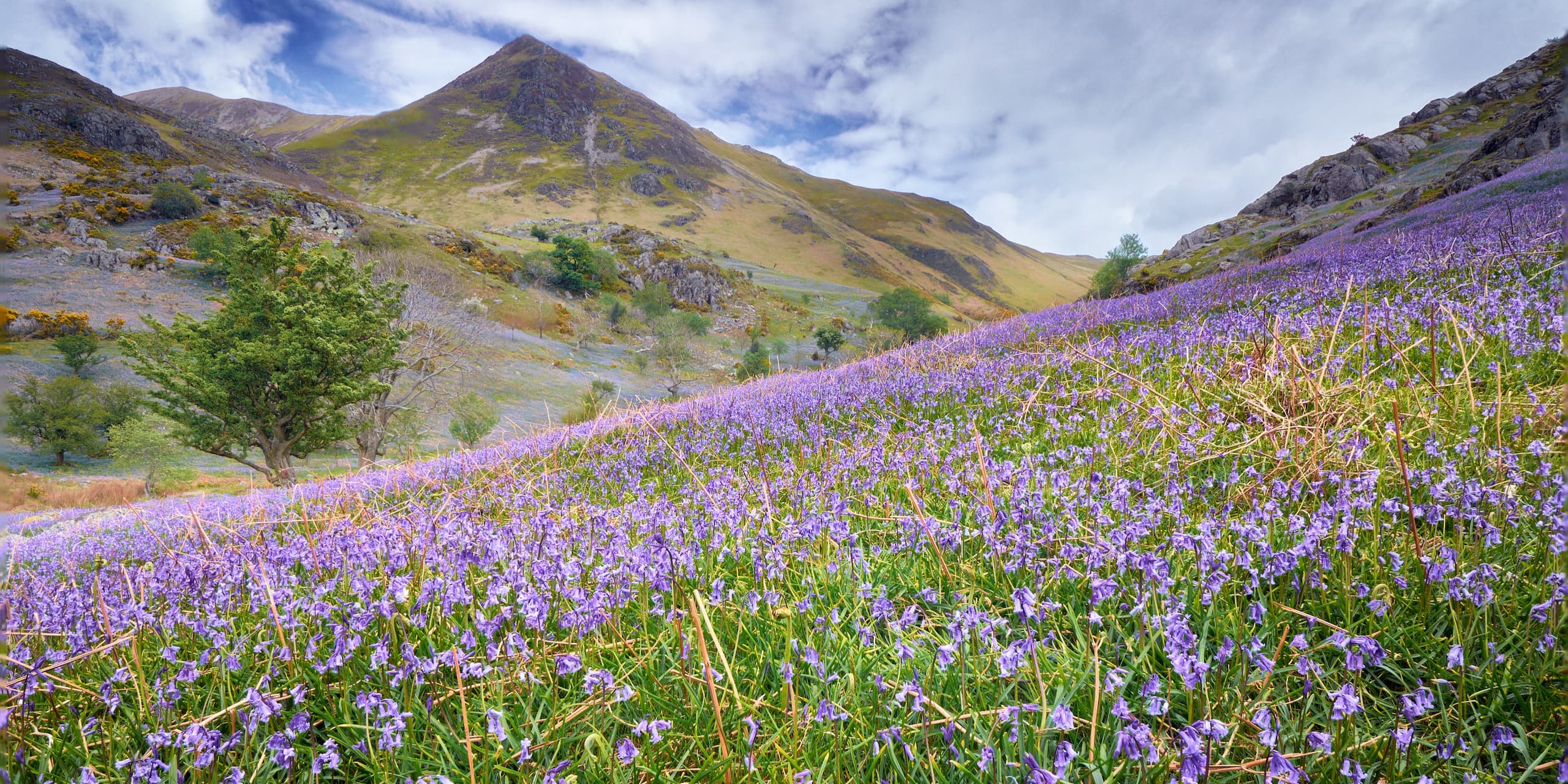 We are blessed with a number of stunning bluebell walks in Cumbria and these are a few of our favourites.

The best thing about such a prolonged winter is that spring is all the sweeter, and the colours always seem just that little bit brighter. After the whites of the snowdrops, the yellows of the daffodils, and the assortment of rich red hues of the tulips comes the ethereal blues of the bluebells. From a distance they appear as a glorious blue haze carpeting the floor of the woodlands and a walk through a bluebell wood on a late spring day is the perfect way to banish the last of the winter blues.

This place has probably the most famous bluebell walks in Cumbria and, as bluebell season approaches, social media is busy with people checking if they’re open yet. That’s the thing with bluebells: their display is stunning yet so fragile, and you have to be quick to catch them at their best. The interesting thing about the Rannerdale Bluebells is that they’re not in a woodland at all but instead they spread across an open hillside on the banks of Crummock Water. There are a number of nearby car parks and fairly easy footpaths leading to, and through, the carpet of bluebells, plus there are usually a few Herdwick lambs around as well, just to make things absolutely perfect.

One word of caution: please stick to the existing paths and resist the urge to wander through the bluebells themselves as this will damage and kill them.

This stunning hillside wood is near Staveley, just a short jaunt from our Herdy HQ in Kendal. This site is managed by Cumbria Wildlife Trust and in the late spring is a breathtaking mix of bluebells and garlic. It’s tucked away so doesn’t see many visitors but be warned: the hillside is pretty steep but it is worth every single breathless step to see them. This is also an excellent example of an old coppiced woodland associated with the charcoal and bobbin industries in the county, and there are around five old charcoal kilns still identifiable on the site. There’s also a waterfall that would once have been an important source of water; today it simply adds to the beauty of the place.

This is another tucked away gem on the route from Herdy HQ to Windermere and so few people visit that there’s a really good chance you’ll have the place to yourselves.

It’s a site of two halves: one half is a lovely ancient woodland where, come May, the floor is carpeted with bluebells; the other half is open heathland where you’ll be able to spot cowslip and wild orchids. There are clear and relatively easy paths winding around both parts of the reserve and it’s the perfect place to escape the hustle and bustle of life and hear nothing but the birds in the trees and the stream running by.

You’re unlikely to find solitude here but you will find beautiful bluebells. The woodland is sandwiched between Rydal Water and Grasmere and is a very popular spot for fans of bluebell walks. You can take a gentle stroll through the woods or, if you’re feeling more adventurous, follow one of the longer trails, either leading around the nearby lakes or along the macabre sounding Coffin Trail (which recently featured in Britain’s Best Walks). Once you’re done with the walking you can visit nearby Grasmere for well earned tea, cakes and, of course, a visit to our lovely Herdy shop.