The History of Christmas Cards 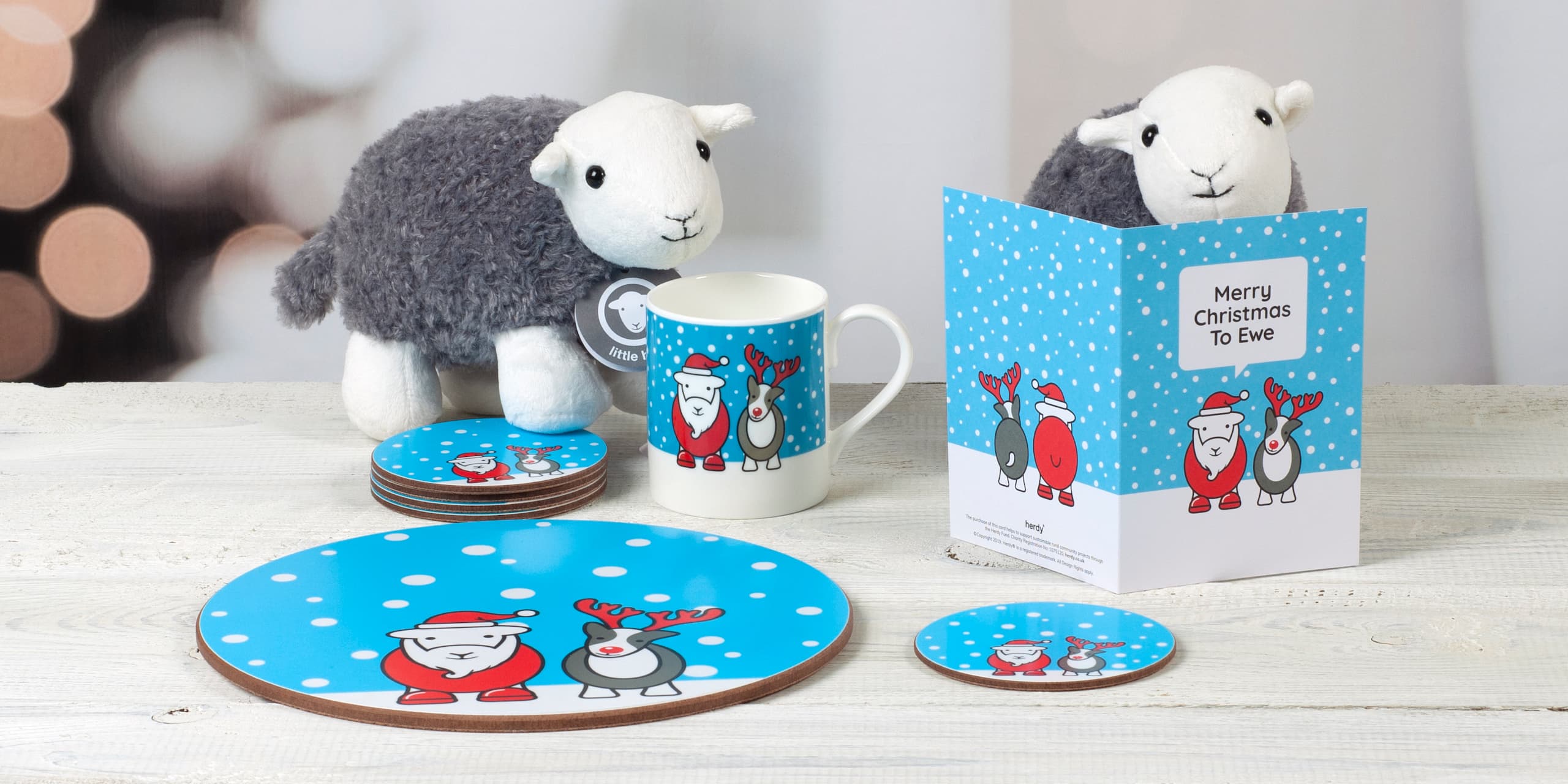 With the sound of Santa’s jingling reindeers getting ever closer, have ewe ever wondered about the history of Christmas cards?

Grab a brew and snuggle up to the fire; Santa Herdy’s got a story to tell.

Before we whizz back in time to the first known Christmas card, we need to go back even further.

Think ancient Egyptians and the pyramids.

There is evidence to suggest that the custom of sending greetings cards originated with the ancient Chinese and early Egyptians. China has a long-standing tradition of exchanging cards with messages of good will to celebrate the Chinese New Year, and ancient Egyptians sent greetings to one another on papyrus scrolls.

It took another 1,000 years or so before Europeans cottoned on to the idea.

We know that in the early 1400s handmade paper cards were being exchanged in Europe, particularly Germany; there’s evidence of Germans producing printed New Year greetings cards from woodcuts as early as 1400AD.

In fact, the oldest known Valentine’s Card in existence comes from the mid-1400s. It contained a poem written by a Frenchman, Charles, Duke of Orleans, and was sent to his wife whilst he was imprisoned in the Tower of London. You can actually see it at the British Museum.

The first known Christmas card ever sent was recorded in 1611, from Michael Maier, a visiting German physician, to King James I of England and his son. The message read:

“A greeting on the birthday of the Sacred King, to the most worshipful and energetic lord and most eminent James, King of Great Britain and Ireland, and Defender of the true faith, with a gesture of joyful celebration of the Birthday of the Lord, in most joy and fortune, we enter into the new auspicious year 1612”

200 years later, Christmas cards were commissioned by Sir Henry Cole, a British civil servant and inventor and illustrated by John Callcott Horsley in London on 1st May 1843.

The most expensive Christmas card ever was auctioned for £20,000

Selling around 2,050 of these cards for a shilling each (approximately £3.00 in today's money), they are known to be the first commercially produced Christmas cards. A single card from this production became the most expensive Christmas card in the world, when it was sold at auction in Devizes. The Cole & Horsely original card fetched £20,000!

The first British Christmas cards rarely showed winter or religious themes, like today. Instead, flowers, fairies, and other ornate designs were often illustrated, conveying the anticipation of spring.

By the 1850s the production and sending of Christmas cards, and greetings cards in general, really started to take off. This was due to technological advances in printing, rapid mechanisation, and cheaper posting with the advent of the postage stamp.

In the late 1800s the company Prang & Mayer began creating greeting cards for the British market and quickly moved into exporting the Christmas card across the pond to the USA in 1874, thus becoming the first printer to offer cards in America.

As a result the company’s founder, Louis Prang, is often credited as the “father of the American Christmas card.” He looks a little bit Santa-ish…

The largest recorded number of greeting cards sent to a single person went to Craig Shergold, a beneficiary or victim (depending on your point of view) of chain letters and later chain emails.

In 1989 Craig was diagnosed with, what was then considered, terminal brain cancer at the tender age of nine-years old. Not long after his diagnosis, Craig’s friends and relatives launched a chain letter campaign requesting people to send him greetings cards. The goal was to break the Guinness Book of World Records for 1,000,065 greetings cards received.

The chain letter campaign soon gained national and international attention and spiralled out of control. Craig received greetings cards from around the world, including from celebrities such as Madonna and Arnold Schwarzenegger. Once the internet made its way into people’s homes, the campaign morphed into chain emails and went viral.

Thankfully, Craig went on to make a full recovery after pioneering brain surgery in the US. To date he’s received an estimated 350 million greetings cards. The Royal Mail even gave Craig’s family home their own postal code due to the sheer volume of mail.

As of 2006 it is estimated that £1 billion are spent on greeting cards every year in the UK alone, with the average Brit sending around fifty-five cards a year. Christmas cards in particular account for almost half of the volume of all greeting card sales, with over 668.9 million Christmas cards sold in the 2008 festive period.

In the US over 6.5 billion greeting cards are sent each year, with annual retail sales estimated between $7–$8 billion. 1.9 billion Christmas cards were sent in the US in 2005 alone.

President Dwight D. Eisenhower sent the first official White House Christmas card in 1953, though the idea of “official” Christmas cards being sent by a State or Ruling Monarch began with Queen Victoria of the United Kingdom of Great Britain and Ireland in the 1840s.

Have yourself a very Herdy Christmas

Do ewe still send Christmas cards or do you take the more modern approach and send ecards? Let’s chat in the comments below! You can also join the flock on our Facebook, Twitter, or Instagram, or email us.

Products mentioned in this article 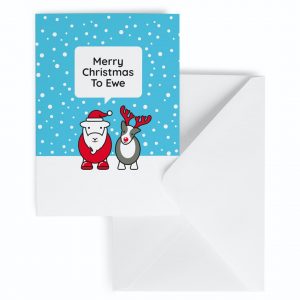