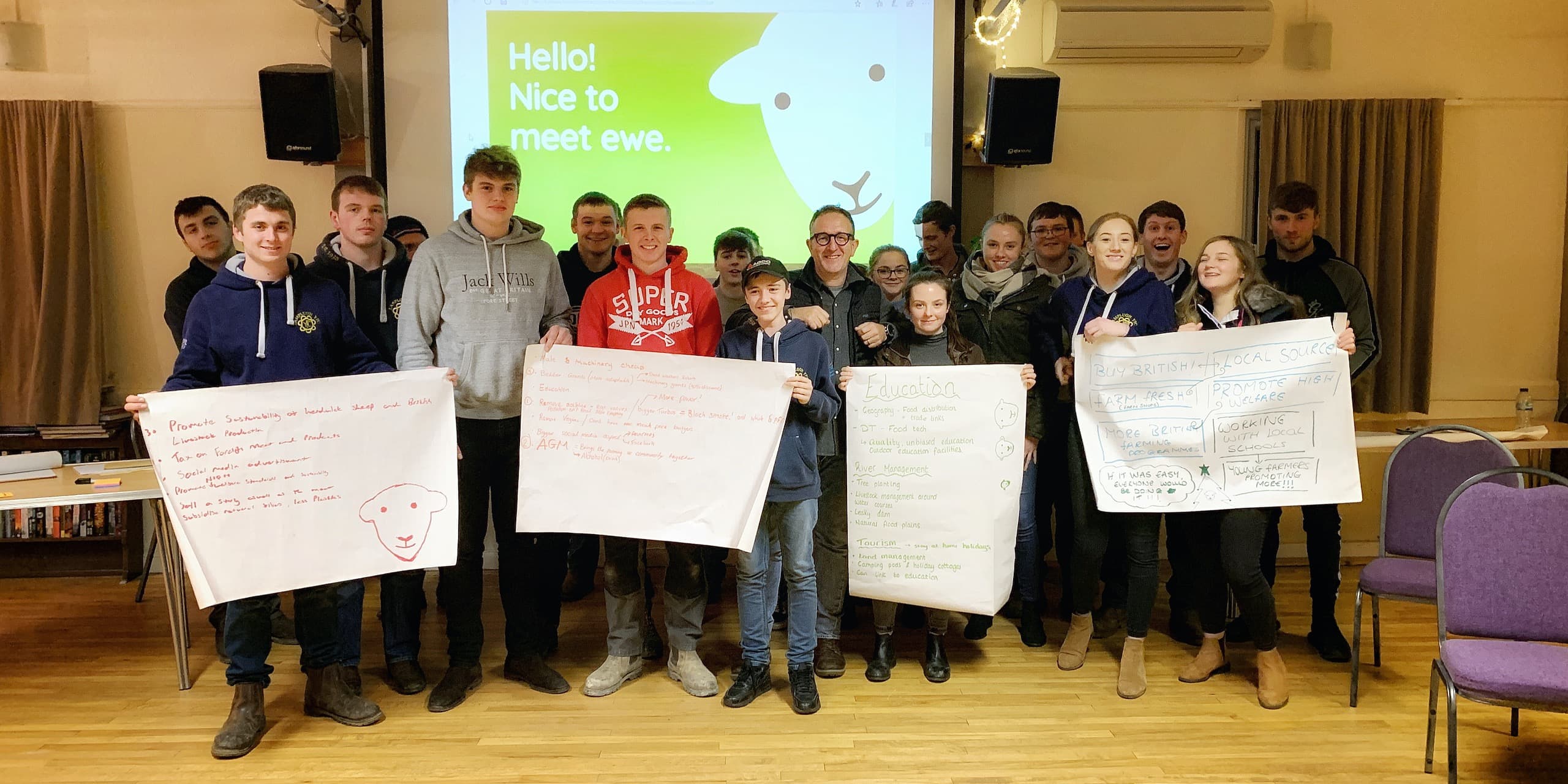 There’s a cleansing and energising “mental refresh” when you spend time with young people who are relatively unaffected by trend or fad. While the farming community might not be best know as “the crowd that talks too much”, once you get beyond the rather appealing timidity young farmers say it much more clearly and honestly than an oldie like me.

And the lifestyle they lead, in the place they are in, can support a much more mature, responsible viewpoint on things that should matter, in fact, to all of us.

This was Herdy’s second gathering, after meeting up with the Crook Young Farmer’s Club, and Lamplugh’s Young Farmers did not disappoint; another lively, positive, and engaging session (with a bit of fun and laughs thrown in too).

The format and theme was the same as with Crook Young Farmers; tell the story of Herdy to kick things off (and hopefully inspire) then straight into the challenge: “what do you think you can do to affect a positive and a prosperous future for farming?”

Education, understanding and awareness; make farming and agriculture a lesson in schools floated to the top with Crook. After initial thoughts were gathered in, the focus from Lamplugh was on people understanding and appreciating how much they genuinely cared about welfare standards and food provenance… and to somehow get the message across to consumers that supporting cheap processed foods, their associated brands, poor quality imports, and “pile it high/sell it cheap” retailing wasn’t helping.

As one young farmer said (probably the line of the evening):

Difficult to argue with that.

This was Lamplugh Young Farmers’ contributory thought on our little campaign trail. Well done guys, you were brilliant.