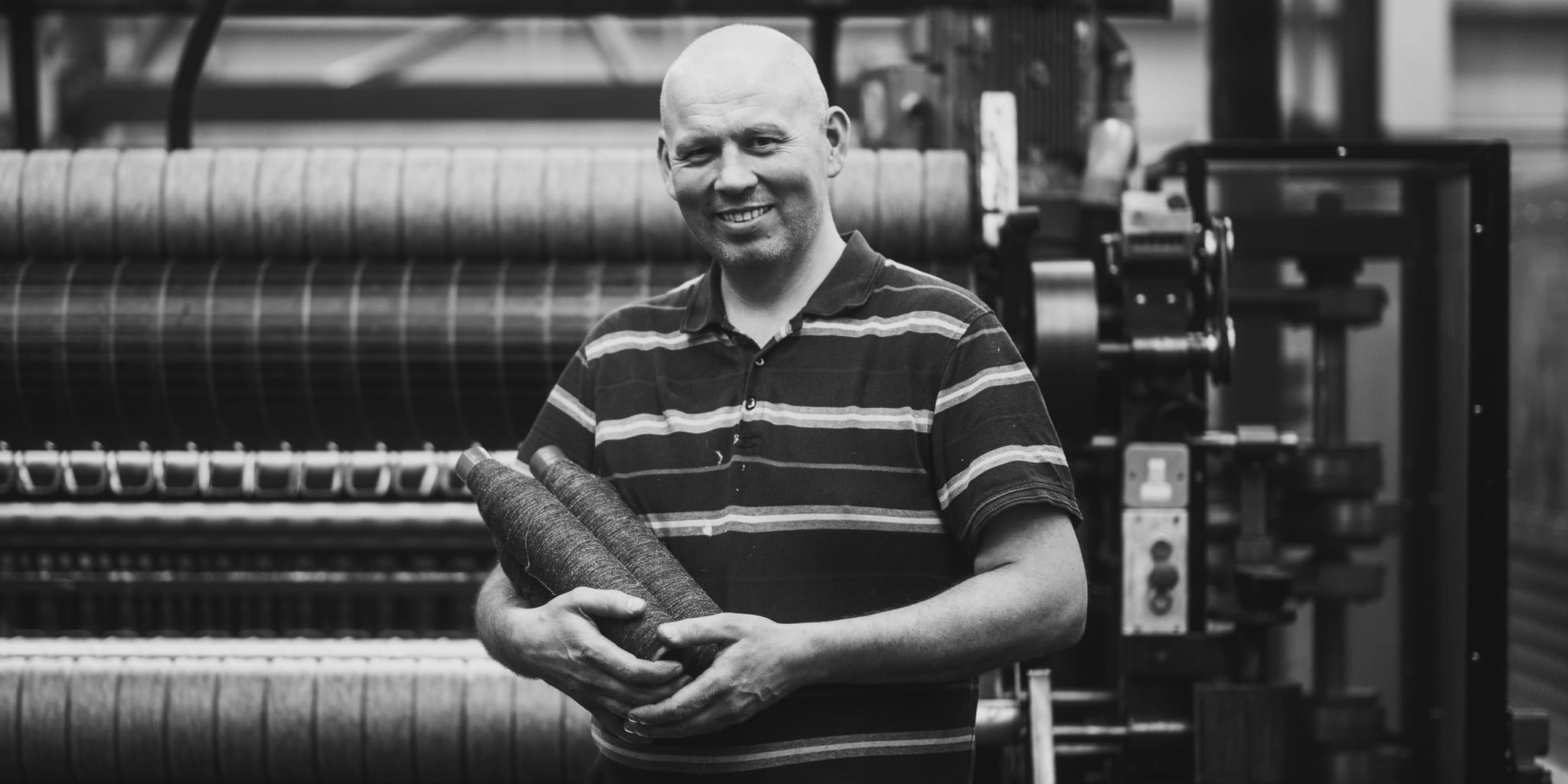 Should they still be around, the 19th century Luddite movement—during its 5-year protest against the mechanisation of their skills and craft—would certainly not agree with my personal viewpoint on this. But I am in no doubt that man and machine is a true marriage. The skills rightfully earned over a lifetime of man and machine being together are just as credible as those earned by their pre-mechanisation predecessors.

When you have the privilege to spend time with a traditional industry, such as England’s last few mills and their textile engineers, who are true artisans, you actually start to appreciate what’s involved in making not just wool fabric but anything that goes through a complex and skilled manufacturing process.

And while I love it for all the positive benefits it has brought mankind, I am not as convinced the same can be said of today’s tech-fuelled world, speeding along at a rate that totally outstrips humanity's natural tempo.

Perhaps some things should not be rushed, left behind, or undervalued.

Meeting the artisans of North England

The journey to create our Herdy Country wool cloth originally started several years ago when Diane and I visited a spinning mill on the Lancashire/Yorkshire border. How naive we were!

We took a “greazy fleece” (a sheared fleece, straight off the back of a Lake District Herdwick sheep) in a black bin bag and met with Peter, the mill owner. He peered into the bag and said, “So what do you expect me to do with that?” “Make me a fabric,” I replied. “That’s Herdwick, it’s a contaminant wool,” he said. “I put some of the finest wool fibres through my machines: Lambswool, Merino, Cashmere. If I put that stuff through it’ll cost me days and days of clearing out and cleaning down.”

Whilst not known for its fineness Herdwick, nevertheless, is a tough fibre and very hardwearing, hence its use in the past for army blankets and woven carpets. With persistence and determination we managed to convince the mill owner to have a go, and six months later our fabric was born.

Our involvement in this process gave us a proper understanding and appreciation of what goes into the spinning and weaving of wool.

Excluding the raw wool and dying (Herdy Country wools are natural and undyed), there are ten processes and two mills needed to produce our fabric.

It starts with the Blending, Teasing, Carding and Roving. Processes that bring our unique Herdwick wool blend formula together.

As the fibres pass through a series of combing rollers the wool is combed, untangled, and blended, and the fibres aligned. The parallel fibres convert to form a web—ribbons of fibre—known as Roving (seen in the image above). At this stage the roving can be spun into yarn.

The process of spinning twists the fibres together to give them strength. Herdy Country cloth is spun in two weights: one a heavier cloth suited for our bags, and the other a lighter weight more suited for hats and accessories.

When the yarn has been checked for weight and regularity it’s then put onto cones ready for the weaving machines, known as Winding.

The wound yarn is taken to the weaving mill where it is next transferred onto a warping drum, or “swift”; a large metal reel.

This is the first step of the weaving process where the yarn running the length of the weave, the “warp”, is identified from the interlacing yarn going across the weave, the “weft”. Depending on the design of the finished cloth warping can be a complicated process requiring highly skilled artisans. Less so with Herdy Country cloth because the warp is a single colour.

From the warping drum the yarn runs off onto a weaver's beam ready to be taken by the loom. Operators can oversee several looms at a time.

The first thing that I noticed as I walked into the weaving shed was the noise; the rhythmic clatter of all the looms singing together. It’s a bit like the feeling you get when watching a steam train, as though everything is alive. I watched, fascinated by the operators’ speed and dexterity, constantly on the lookout for breakages in the yarn and other issues that can occur during the weaving process.

Seeing our fabric slowly coming into existence, being born, was a brilliant feeling!

Hand made in England: the finishing touch

When the fabric is taken off the loom it’s referred to as "loom state", barely resembling what will become the finished cloth. The finishing of the cloth is a highly skilled and intuitive process, which takes years of experience to master.

Turning the loom state fabric into finished cloth involves Mending, Scouring, and Finishing. These are the final stages where the magic happens.

Faults inevitably occur in the weaving process and the mender's job is to meticulously check over the entire surface of every metre of fabric and repair anything that’s spotted, by hand.

The Scour is washing the woven cloth. The soft Pennine water plays a key role here along with carefully managed washing cycles and temperatures, all of which add “lustre” to the finished fabric. The fabric is then pressed ready for the Finishing.

Natural teasels are still unrivalled as the best method to put the finishing touch to the fabric. The process raises or fluffs up the surface, to add the right “handle” (touch and feel) to the fabric.

With Herdy Country cloth the handle is relatively smooth, whereas with something like a blanket the surface might be fluffed up to a greater extent.

Crafting a finished cloth is a hugely complicated process and intensely satisfying once you get to hold and feel the finished article you've created. It's a great sense of pride for Herdy that we manufacture our Herdy Country accessories from scratch.

Herdy Country: handmade by artisans in the UK

After experiencing the manufacturing journey of the cloth for the new Herdy Country range it's easy to see why Herdy Country is special, not just because of its timeless English style and use of genuine Cumbrian Herdwick wool; it's the fact that it's made by people who have passion and dedication combined with years of experience; people who put their very soul into what they do. That's the most important thing for me.

England’s spinners and weavers: I salute you.

Role at Herdy: Co-Founder, Director and Head of Design at Herdy, since 2007.

Let's have a natter