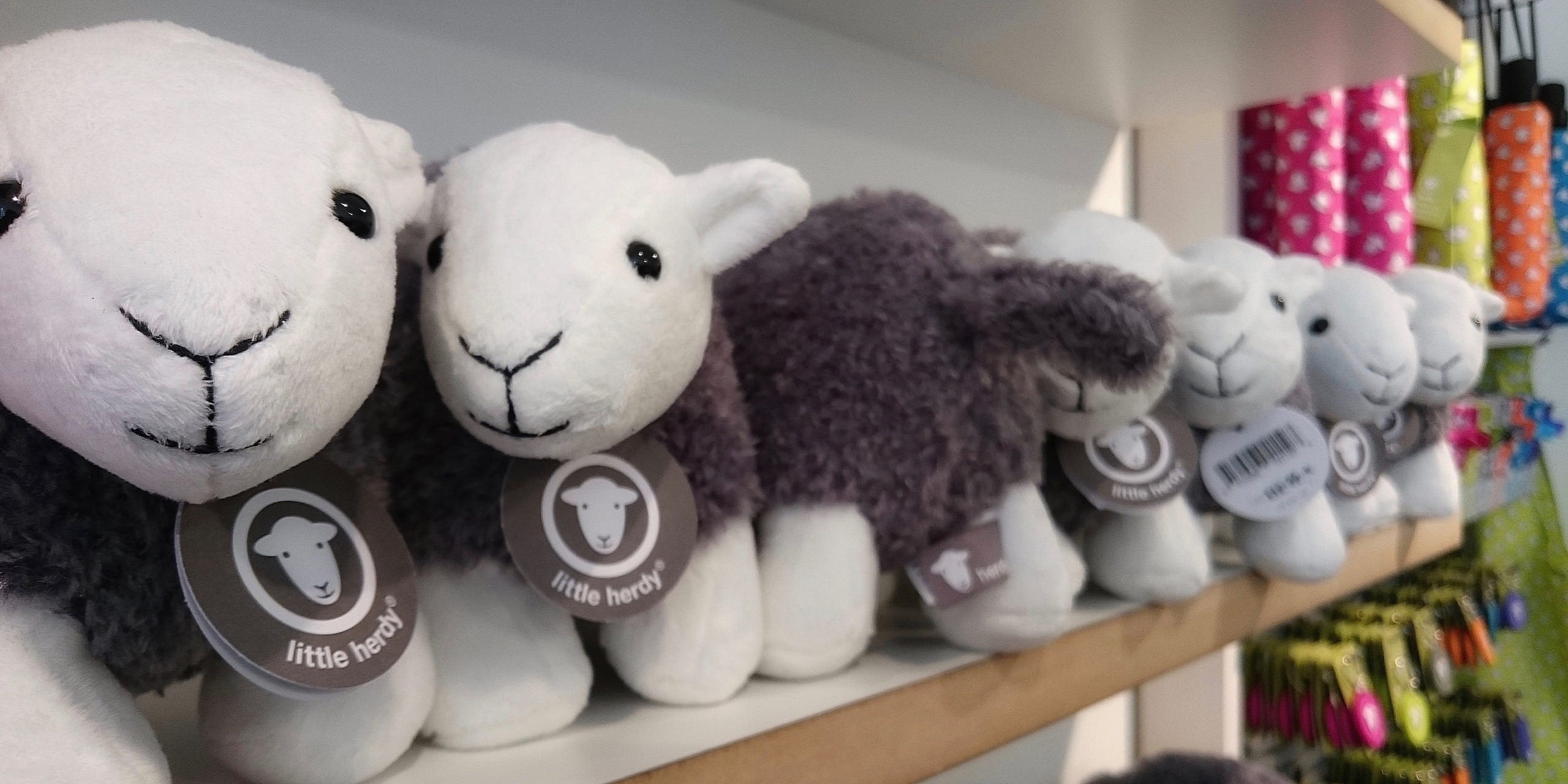 You may or may not know, Sunday 17th February is Random Acts of Kindness Day.

We celebrated this day last year by launching a Cumbria-wide treasure hunt, ‘Hunt The Herdy’. This involved collaborating with a variety of Cumbrian businesses, organisations, and volunteers to hide Little Herdy soft toys and Love Ewe ceramics in places such as the summit of Helvellyn, Kendal Castle, Whitehaven’s The Rum Story, and Ulverston’s Hoad Monument.

We encouraged members of the public who found a hidden Herdy to report the find to our Twitter or Facebook feed and then carry out their own Random Act of Kindness.

There are a few reasons why we think it’s good to get involved.

1. Being kind and compassionate makes you feel good

In a world that increasingly feels volatile and uncertain, people are looking for ways to improve their sense of well-being and overall happiness.

Physical exercise is one way to promote a feeling of well-being: the practice of yoga for example. In the USA alone, the number of people doing yoga has grown from 20.4 million in 2012 to 36 million in 2016. The Harvard report mentions that, “people who do yoga are 20% more likely to have a positive image of their own physical and mental health, including a stronger sense of mental clarity’

Another way to promote a feeling of well-being is by showing kindness and compassion to others. In an article published in the Journal of Social and Personal Relationships, the findings show that “responses from participants [six focus groups of 11–15-year olds] reinforced the idea that kindness contributes to well-being both for the recipient and the giver.”

In another finding, courtesy of Psychology Today, a study by Japanese undergraduates and researchers, found that “happy people were kinder than people who were not happy. Their study also revealed and that one’s sense of happiness increased by the simple act of counting the number of one’s acts of kindness. Counting one’s acts of kindness also led happy people to become more kind and grateful.”

For decades the world’s favourite smiling Buddhist monk, the Dalai Lama, has spoken passionately about the virtues of kindness and compassion. In his book The Dalai Lama: A Policy of Kindness he states, “When we feel love and kindness towards others, it not only makes others feel loved and cared for, but it helps us also to develop inner happiness and peace.”

It’s long been said that “kindness is contagious” and these days the science indicates a real biological reason for it. According to a study published in Biological Psychology the authors indicate that “moral elevation inspires altruism because of a mixture of arousal and the desire to protect others [due to activation of both the parasympathetic nervous system or PNS (our calming, self-soothing system), and the sympathetic nervous system or SNS (our arousal, “fight or flight” system]. Saturn believes that the hormone oxytocin, the “tend and befriend” hormone, is probably responsible for that, and that it may explain the strong, visceral responses people feel when morally elevated.”

In a similar study by researchers at the University of California, and the universities of Cambridge and Plymouth, UK, also noted that “When we see someone else help another person it gives us a good feeling, which in turn causes us to do something altruistic ourselves.”

We all want the world to be a better place and what better way to do it than to cause a small ripple of kindness in the Lake District? Maybe it will become a wave and wash over the world!

For us, Random Acts of Kindness Day is another opportunity to “make ewe smile”, because this is what Herdy’s all about. You feel good, we feel good, and together who knows, maybe we can make the world feel good. What other reason do you need?

Join us here in Cumbria on Sunday 17th February, Random Acts of Kindness Day, solve the clues and see if you can find a Super Herdy. We hope that if you do, you carry out your own act of kindness. Even if you don’t find a super herdy you still have the super power to make someone smile.