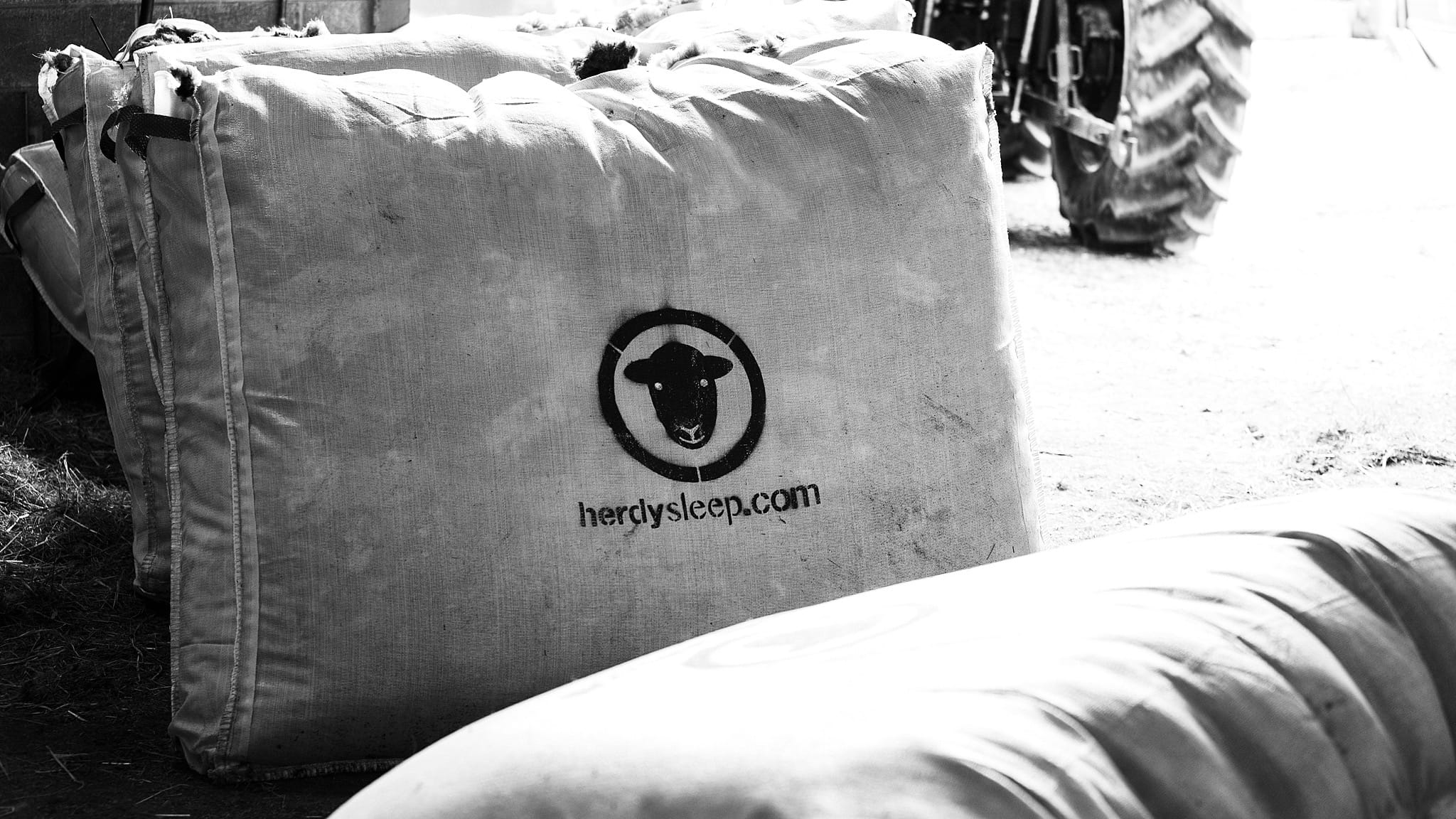 The coarse and wiry coat of the Herdwick sheep is a very special thing indeed. That’s why we use Herdwick wool in our Herdycountry products and our Herdysleep mattress.

Herdwick sheep, being closely related to Europe’s more primitive and wild sheep, actually have two coats. It consists of a woolly “waistcoat”, and a protective hairy outer coat or “jacket” that does not blow apart in strong winds. Hollow white fibres in the coat drain water quickly, keeping the sheep dry and protecting them from the high rainfall and wild winds on the high fells.

The history of Herdwick wool

People have been using Herdwick fleece to make garments for centuries, benefiting from its water resistance and temperature regulation. Trade in wool was also the key economy of the Lake District and Cumbria, where it all travelled largely to Kendal for processing. The monasteries that owned most of the land in the Lake District accumulated their wealth from the wool trade.

In the last century, with the advent of cheaper synthetic fibres, wool has fallen out of favour as a raw material for making clothes and other products, and Herdwick wool in particular has been hit especially hard.

To give you some perspective, clipping (shearing) the sheep isn’t the only cost involved. There are further costs in bundling and distributing the fleece for weighing, sorting, carding, and grading. Once all these costs add up, the Herdwick fell farmer actually ends up losing money.

For other Lake District farmers it makes more sense to burn the fleece.

Despite losing money in the process, the sheep still need to be clipped for their own welfare. Clipping occurs in mid-to-late summer when Green Bottle flies are abundant so removing the excess fleece helps the sheep protect themselves from Flystrike.

A better way of working with Herdwick wool

Although we’ve been working with Lake District fell farmers and Herdwick fleece for many years now, we wanted to see if there was a use for Herdwick wool on a commercial scale that gave a sustainable income to Lake District Herdwick farmers and their local rural economies.

This was how Herdysleep was born. A traditionally hand-tufted, pocket sprung, English-made mattress with a whole Lake District Herdwick fleece in each one.

To help make this sustainable, Herdy set up a co-operative of Herdwick farmers in the Lake District, working with them and their communities directly. We pay more for the Herdwick fleece and pay the farmers directly in a single upfront payment, making an immediate and positive difference to their pocket and the local rural economy. We also collect the wool clip direct from the farm, removing additional costs they usually incur.

In this way, everybody from the customer to the Herdwick farmer is treated fairly.

Get a Herdysleep wool-filled mattress

You can try out one for yourself at either our Kendal Herdy shop.

Feel the difference, enjoy a better night’s sleep, and in doing so you help make a difference to Lake District Herdwick fell farmers, their communities, and the rural economy.