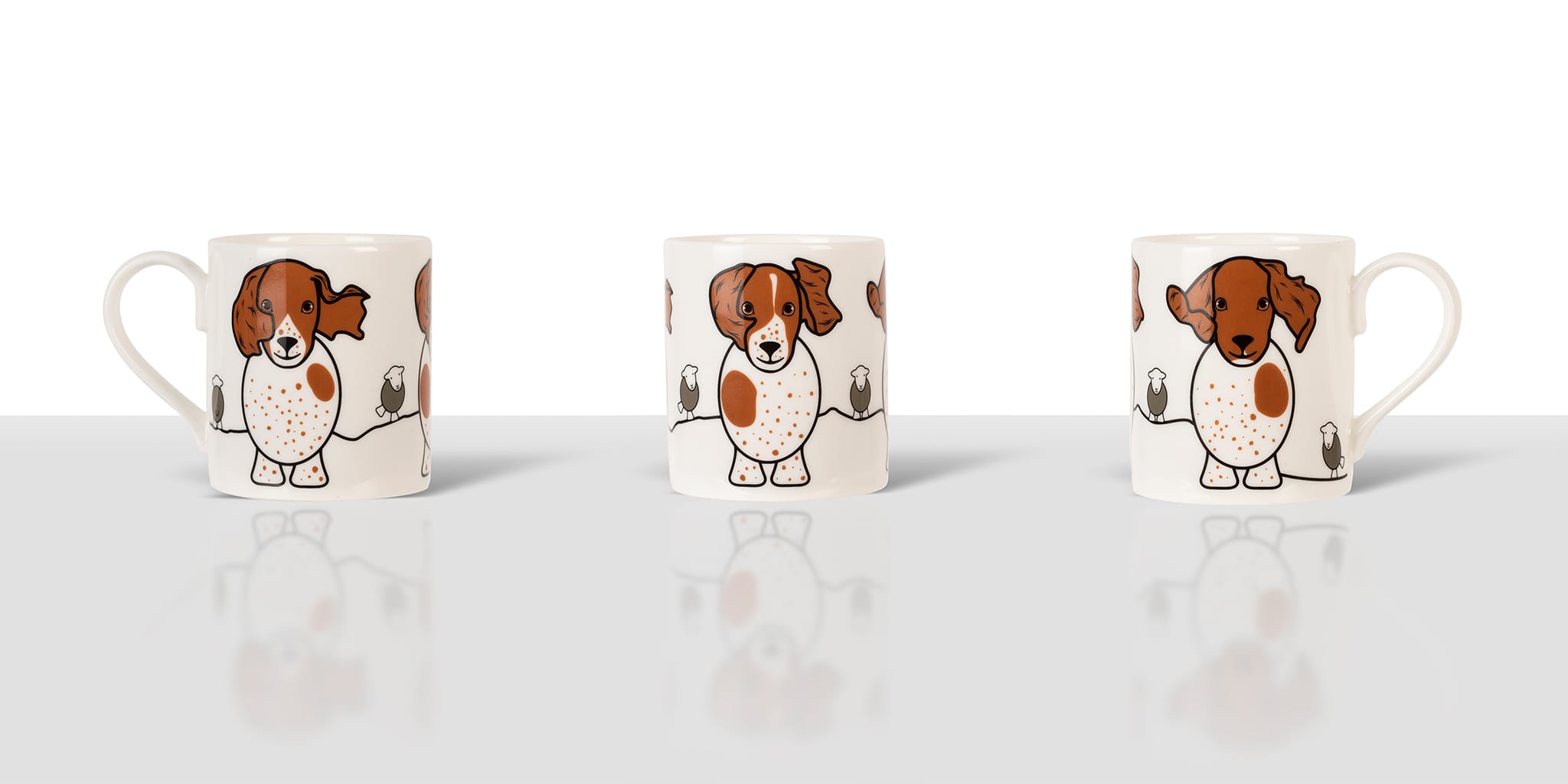 “What’s Herdy doing designing a mug with dogs on?!” we hear you cry. Read on to find out why.

Earlier this year, during lockdown, we launched a campaign across our social media, asking you to nominate your “Herdy Hero”. They didn’t have to work in the NHS, it could have been a neighbour who did your shopping, or maybe a postie who lifted your spirits with a daily chat. At the end of each week we picked our favourite Herdy Hero nomination and designed a customised eCard with their ewenique Herdy character, to thank them for everything they were doing for their local community.

One of the nominations was Max, Paddy and Harry; three adorable spaniels from Keswick who, like Herdy, help to spread smiles, positivity, and fun. How could we resist?

At the end of lockdown we started thinking how we could use all the wonderful characters created during the campaign, to raise money for charity. The result was the launch of a special edition fundraiser tea towel, to honour the key workers who had kept our spirits going during lockdown.

Of course the tea towel features Max, Paddy, and Harry, one of the favourite nominations of the campaign, plus their humans, Kerry and Angela!

When Kerry Irving, owner of Max, Paddy and Harry, saw this lovable design he asked us if we would create a special “Max, Paddy, and Harry” Herdy mug in our “ewe-nique” style; all to be sold to raise money for charity. We thought that this was a great idea and a wonderful cause too, so we said yes!

Whilst the first delivery of the “Max, Paddy, and Harry” mug was just a few hundred mugs, launch day arrived and only six minutes later the entire stock of shiny new mugs was sold out! Don’t worry if you missed out though, more will be available before Christmas.

If you want to find out more go to the Max Out In The Lake District blog post.