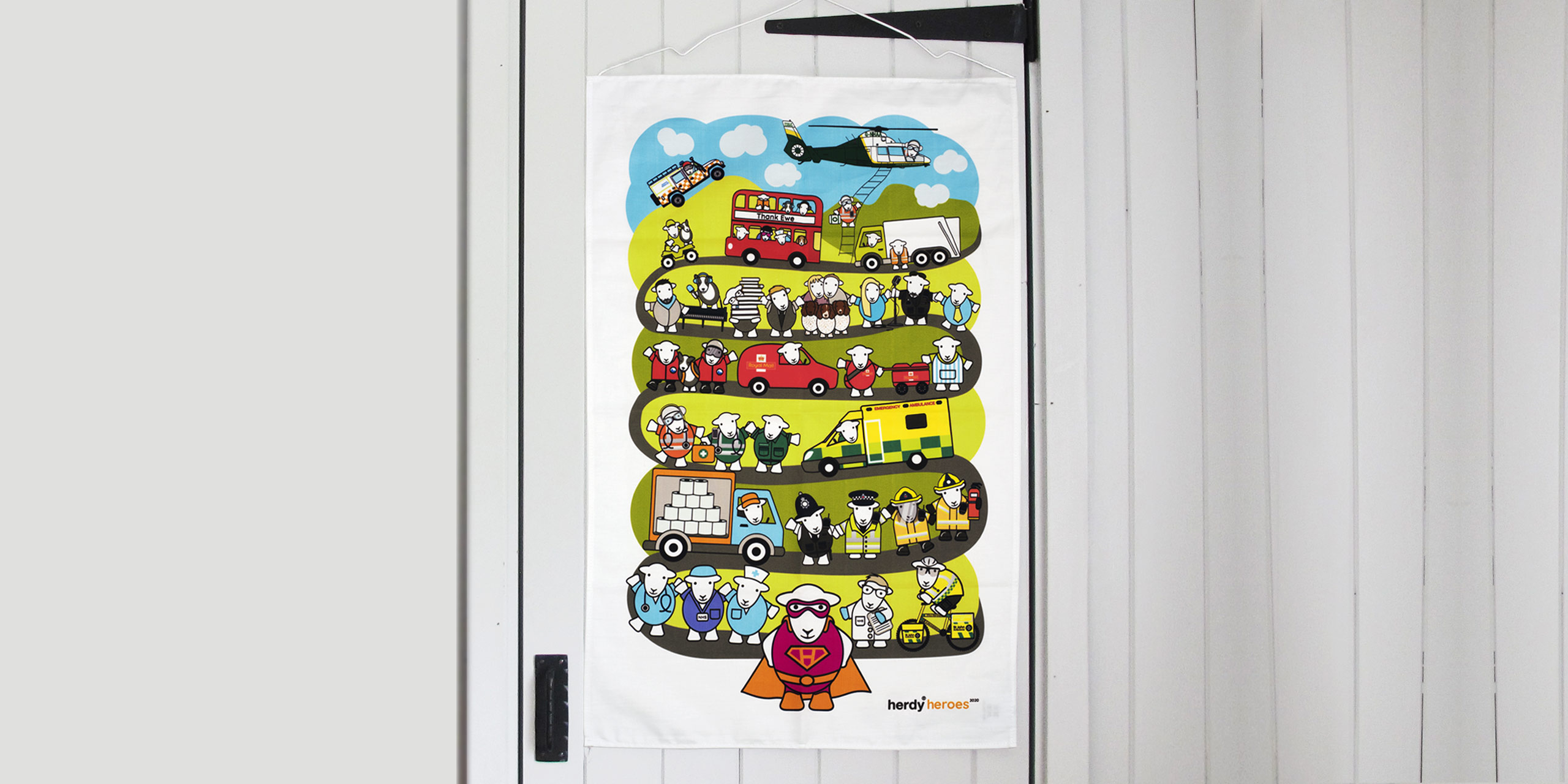 Back at the end of January/beginning of February, mainstream news outlets were starting to report that the Coronavirus outbreak worldwide had exceeded 10,000 cases, more than the 2003 SARS outbreak.

On Wednesday 18th March Herdy made an announcement, recognising the growing severity of the Coronavirus (COVID-19) outbreak. We immediately reviewed and made changes to our hygiene and cleaning practises and monitored our team on a daily basis to check if they had been exposed to the virus or were showing symptoms similar to COVID-19.

By Saturday 21st March Herdy announced that we would be closing our Herdy Shops and Herdy HQ until further notice.

The world had suddenly changed. Shopping was only allowed for essential items, such as food and medication, and people were only allowed to go outside for an hour’s worth of exercise in their immediate environment, whilst maintaining social distancing and regularly washing their hands. Video and internet calls quickly became the norm as a way of staying in touch with friends, families, and loved ones. Vulnerable people staying with others were “shielded”, remaining completely at home whilst others shopped for them.

The nation quickly recognised the NHS for being the amazing institution it is and how grateful we all felt to those working within the NHS who protect, treat and care for us. Brits also highlighted the feats of all those who were still working in groceries and supermarkets, keeping the nation fed whilst in lockdown.

The birth of Herdy Heroes

Herdy has always been about positivity; we are, after all, “made to make ewe smile”. So we started a campaign across our social media, each week asking you wonderful Herdy fans who your “Herdy Hero” was. They didn’t have to work in the NHS; perhaps your Herdy Hero was a neighbour who gets your shopping and checks on you, or maybe a postie who lifts your spirits with a daily chat?

The response was immediate and overwhelming.

At the end of each of each week we picked our favourite Herdy Hero nomination and designed a customised eCard, honouring and celebrating the chosen Herdy Hero, thanking them for everything they were doing for their local community.

He was nominated by Sue Hazlehurst who said, “Nigel at Windermere Post Office has gone above and beyond the call of duty, even saying if anyone has an emergency when he’s closed, as he lives above, will open and sort it. A well deserving Herdy Hero.”

For the next two months we asked for your Herdy Hero nominations on a weekly basis, and we ended up with quite a collection!

As the UK-wide lockdown started to ease, with reported cases and deaths reducing, we wanted to honour all the Herdy Heroes we had featured plus all the great institutions, workers, volunteers, and more.

The result is the inspiring “Herdy Heroes 2020” design, which we have featured on a special edition, fundraising tea towel.

We asked all you wonderful Herdsters which charities or foundations the proceeds should go to and there was an immediate and enthusiastic response. We chose the top four suggested charities to benefit:

The money raised from the sale of this fun and colourful tea towel will be split equally between the four charities and we hope that it will help raise lots of funds for these worthy causes.

The Herdy Heroes fundraiser tea towel is available now, Sunday 5th July 2020, to coincide with and celebrate the 72nd birthday of the NHS.

In the interests of openness and transparency, we'll update this blog post and keep everyone informed on how much has been raised for these charity organisations via the Herdy Heroes tea towels.

Elsewhere in the news