Mid-Winter On A Herdwick Farm 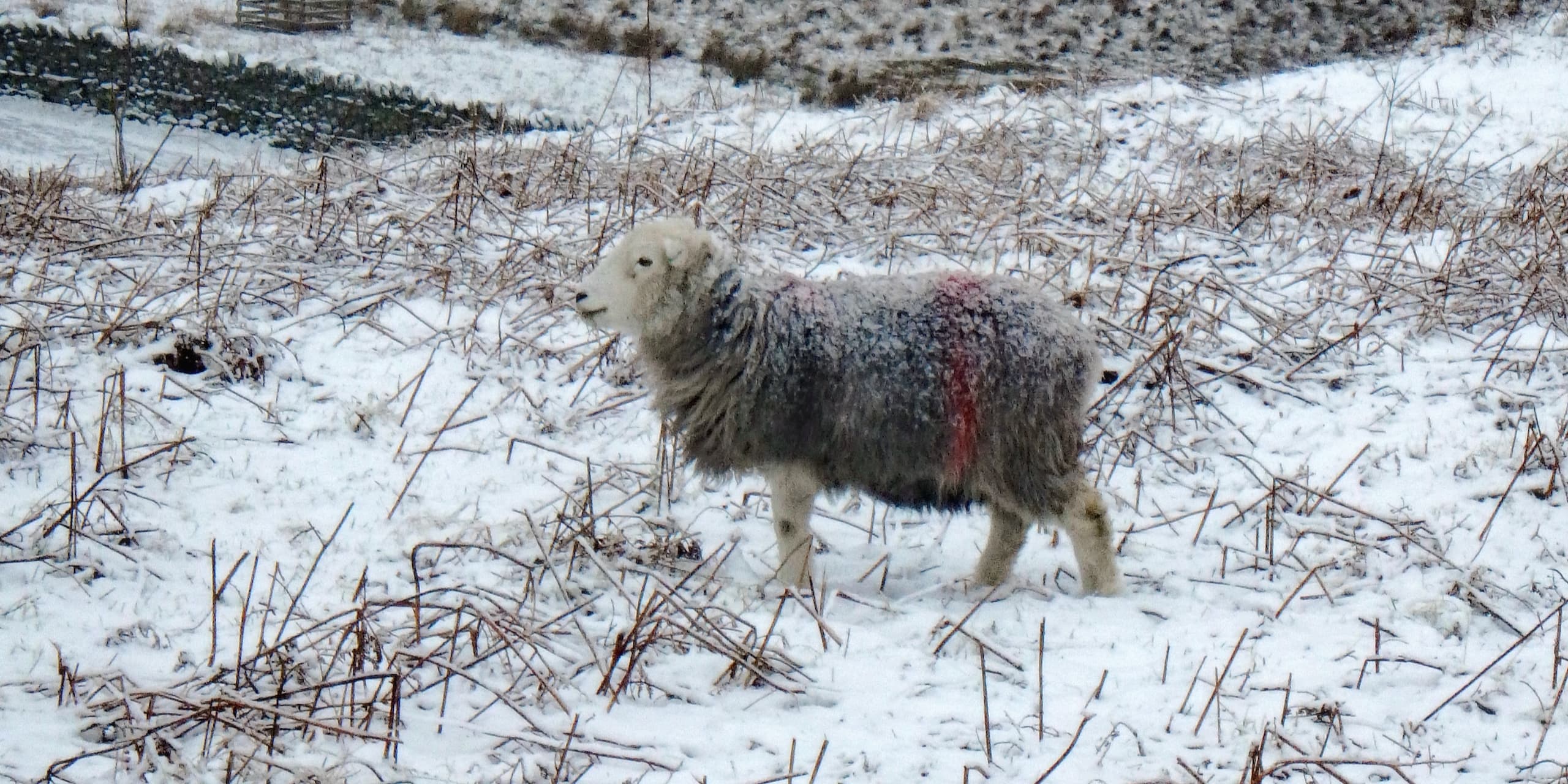 After 6 weeks with the ewes, the tups (rams) have done their job and the farmers pick them up. Some of them are exhausted, shadows of their former selves. They’ve literally worn themselves out and need the rest. The ewes now have red, blue, or yellow backsides showing when they were tupped (and giving farmers and shepherds a vital clue for when they will lamb in the Spring). This is Lake District sheep farming in the winter.

The reality of sheep farming in winter: snow drifts & Herdwicks

Winter has arrived and the primary concern is to ensure the sheep are safe and have plenty to eat. The combination of snow and wind fills farmers with dread because at its worst it can result in ewes being trapped in drifts. Herdwicks are probably the hardiest sheep to survive such weather, and have been bred for centuries to be hardened to it, but even they occasionally need a helping hand.

The older men and women talk of extreme winters in the past when sheep were buried for weeks in drifts and had to eat their own wool to survive. It is said that Herdwicks survived these winters much better than other breeds and a much smaller percentage died in the drifts or in the weeks after they escaped.

A sense for food and shelter

On lowland Lake District farms it’s possible to lead out hay for the ewes in the snowy weather. However, some high fell ewes have to tough it out and find what grass they can. People say sheep are stupid, but it isn’t true. They have a sixth sense for weather, particularly the mature and more experienced ewes, and have a strong sense of where to shelter from the weather even before it arrives.

There isn’t much romance in snow for a farmer, just a lot of hard work feeding and fretting about sheep. The farmhouses are full of steaming smelly clothes drying out. Anyone can “love” the Lake District on a sunny day in August, but only the diehards love it on cold wet days at this time of year.

The next few weeks are about enduring the worst of the winter, trying to keep the ewes in good condition, and avoiding disasters caused by the snow.

Farmers and rural communities manage and maintain Cumbria’s physical and cultural landscape and have done so for hundreds of years. Now ewe can join with Herdy to help encourage and support their future by donating to the Herdyfund.
Learn More