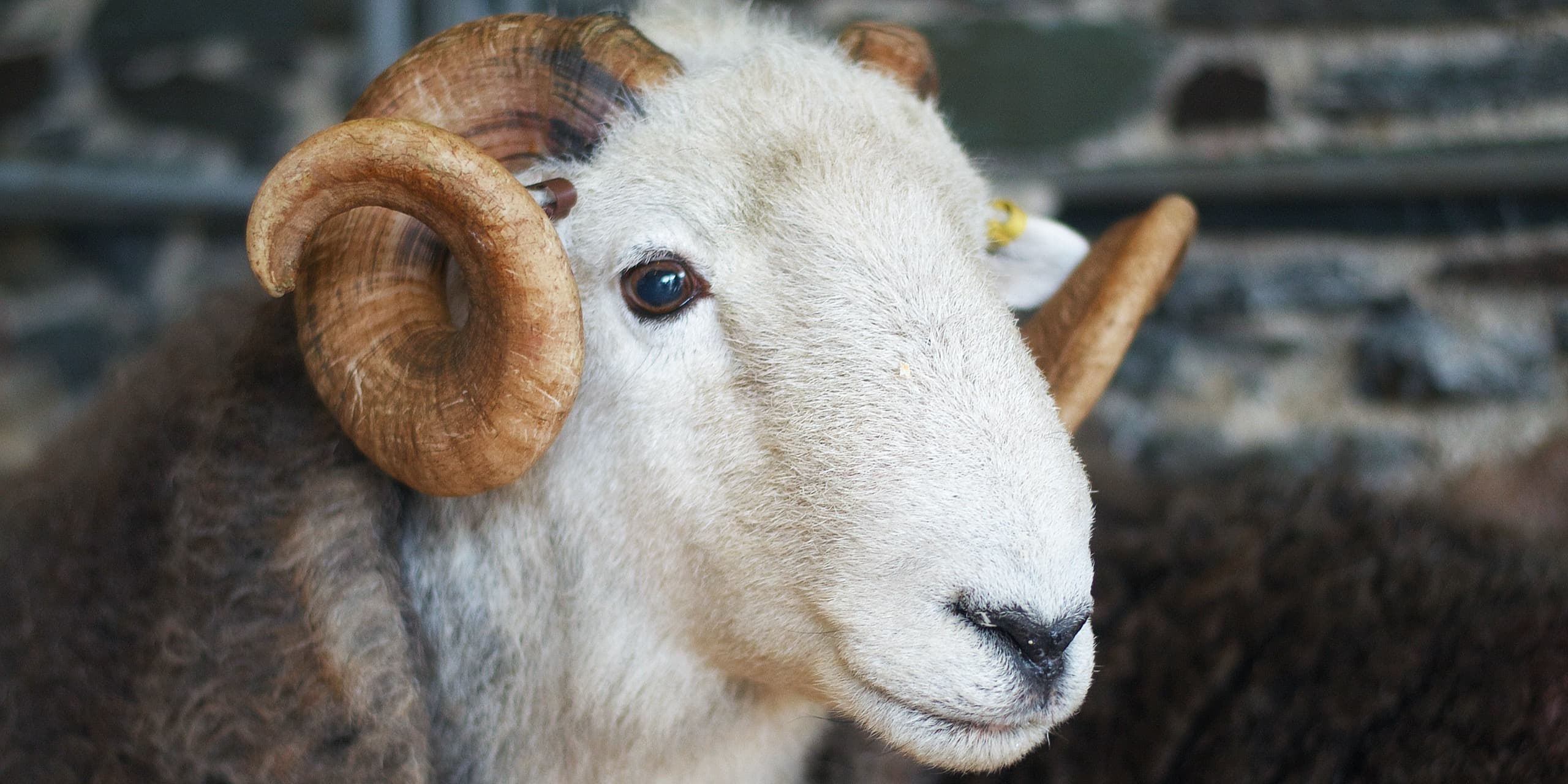 On most Herdwick sheep farms in the Lake District the year really starts in early November, when you “louse the tups”, otherwise known as tupping season. At its simplest, lousing the tups is just about putting a ram, or rams, with a bunch of ewes. Any fool can do that. But if you’re trying to breed high quality breeding stock or tups to sell to other people then it’s a whole lot more complicated than that.

The start of the shepherding year: tupping season

Timing is important. Tup lousing happens in early November because experience has shown that it’s just about okay to start lambing five months later at the start of April (the gestation period of a sheep). On every farm the date varies depending on the breeds of sheep and the conditions on that particular farm. By April the grass is starting to grow again so you time tupping season so that the new lambs hit the ground as the grass is starting to grow.

For three weeks previously farmers “flush” the ewes by spoiling them on good grass to get them nice and fat, and ready for the tups. It’s their holiday before their year’s work! One week before tupping, the ewes come down and have their tails sheared to make it easier for the ram to get them pregnant. Then they’re dipped, wormed, and given a mineral supplement as well as a dose to prevent liver fluke disease (a type of parasitic infection that causes internal bleeding and sudden death).

Selecting which of the Herdwick ewes go to which of the tups is arguably the most important days’ work of the year for a shepherd. It’s a complicated business of selecting animals with complimentary characteristics to try and breed the best sheep you’ve ever bred. Knowing your sheep and how they breed is critical. Older Herdwick farmers have an anecdote for every ewe, and can tell you where each one lambed, what its lamb sold for… With hundreds of ewes to sort, it could get a bit daft!

To avoid inbreeding, ewes related to the older rams have to be sorted; sometimes farms bring in tups with new bloodlines. Lots of Herdwick farmers hire or lend each other rams to use and overwinter, to be returned next May at Keswick Spring Fair.

Most Herdwick farmers do not tup the gimmer (ewe) lambs, so the youngest ewes that go to the ram are nearly two years old. Traditionally, even two-year olds were not tupped, and had cloth or hessian sown in patches over their back ends as contraception. They called it “clowting the twinters”; “twinters” being the local name for the two-year old (or two winters old) females, and “clowting” being the patch of fabric.

The tups/rams are prepped for lousing by applying a thick coloured paste on their chest. This is so when the tup mounts a ewe he leaves a coloured mark on her behind. The colour of the paste on the tup is changed every 2ish weeks, following the estrus cycle of the ewe. This is done so that farmers know when each ewe is likely to start lambing come April.

Once tupping has finished the rams are separated from the ewes again, and now the task of looking after the ewes through the harsh Lake District winter begins.